Large screen excellent features and strong battery, in the race of the phone everyone’s eyes are just on these aspects. But “Zanco Tiny T1” is nothing like this, he has a privilege which does not have anyone that’s mean the world’s smallest cell phone. Tiny T1 looks like a small toy, but it’s a full-fledged mobile device, which can also be a voice call and text too. It has a complete numerical keyboard and also a small display, just 64 x 32 pixels. 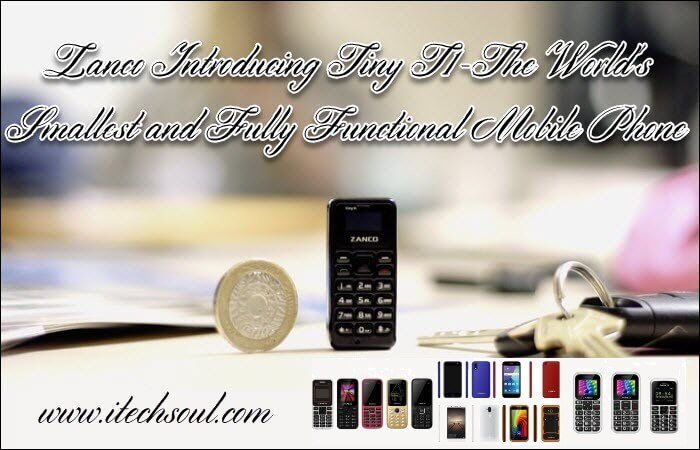 It is smaller than two inches, but it has a USB charging port besides keyboard, speaker and microphone. It can also wear on the neck. It is so small that it can easily carry in a palm, but it is dangerous for children, because they can try to take it in the mouth and it can harm the throat. Its capabilities are also limited due to small volume. It can run only 2G networks, anyway you can do more than call and text on such small displays.

It has a capacity to save 300 contacts in its phone book and it also holds up to 50 recent calls and 50 recent SMS. Its battery has a 180 minutes talk time and three days standby time. If you want to get rid of big smartphones, but still want to stay in touch or want to place a phone as a backup, Tiny T1 is a great choice because it’s very cheap. 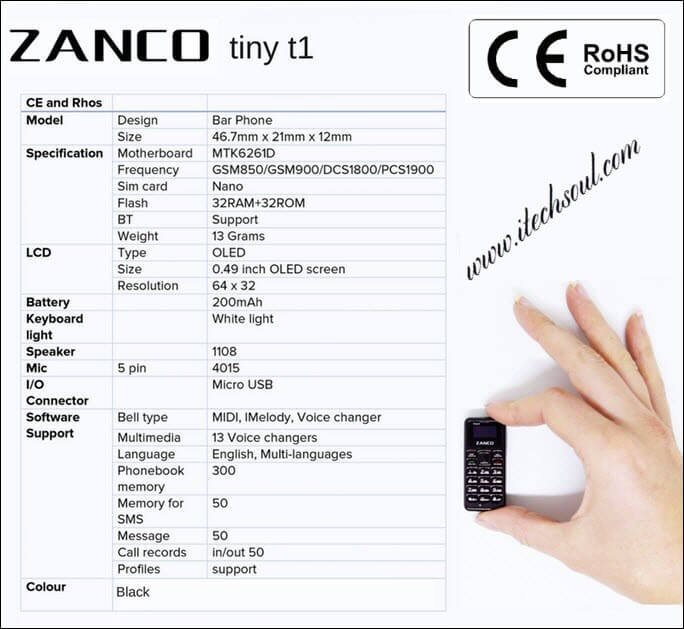 But right now it is under process at kickstarter and collecting money. More than a thousand people have supported this phone and has gathered more than one million dollars.