One of the biggest complaints many parents and educators have is that they believe technology has interfered with a student’s ability to learn problem solving skills. Take away the slide rule, pencil and paper and what are you left with? A student taking out their cell phone to open the calculator function. The same goes for nearly every other discipline without exception. 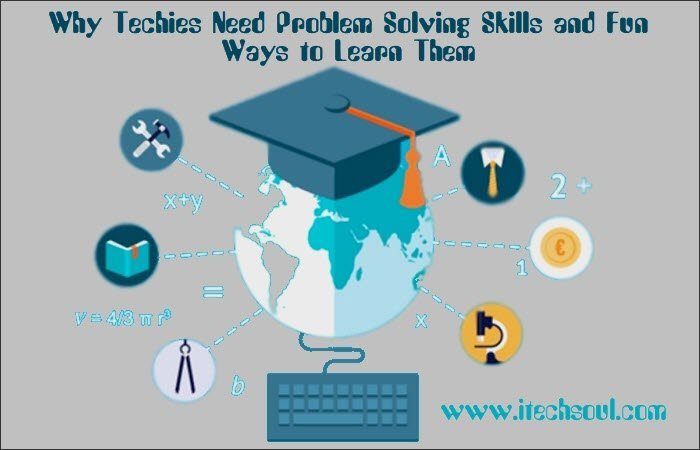 Answers are too easy to find online and so those who aspire to find a career in technology are often at a loss because they really aren’t being taught to reason things out on their own without digital assistance. That’s one of the very biggest reasons why techies need to learn a few problem solving skills but without a computer, how are they ever going to learn them?

Ok, so you are a techie. Take a moment or two to browse the Net and you will find article after article expounding the virtues of learning chess to help learn mathematical problem-solving skills. Here is a good one published on the St. Louis Chess Club’s website that will explain exactly how they came up with this thesis.

They have found that players can learn to apply skills learned in chess to other areas of their lives and anyone who has ever studied ‘if-then’ logic knows that this is, in fact, true. If I move this piece here, my opponent will have to do this or that. Yes, if-then logic at its best is a huge aid to anyone hoping to master computer programming, for example.

Breaking the Monotony of the Classroom

Just like the chess club in St. Louis found that the logic learned in playing chess can be applied to everyday problems we encounter in life, residents of Columbus, Ohio have found that an evening spent in an Columbus Escape Rooms helps them to spot little clues they would otherwise miss. These escape rooms are set up in such a way as to ‘force’ players to work together to solve a puzzle, usually a kidnapping mystery or a heist.

They are locked in a room together for an hour and they must find clues hidden within to solve the mystery. At the very beginning the stage is set with a summary of what happened and who was present. Solve the mystery and the door is unlocked. Fail to solve the clues and you lose the game. Here you learn to see beyond the surface and work with others who see things you may not see.

In the End – Techies Don’t Live in Isolation

This is perhaps the most important problem solving skill techies can learn. No matter how many hours they spend sitting in front of a monitor working on their own, they usually come to the realization that they don’t live and work in isolation. Being able to give over a piece of the puzzle to other members of a team or other outsourced experts helps them find solutions to problems they were unable to find on their own. Why do techies need problem solving skills? Simply put, because for every problem solved, another crops up to take its place. You may not have all the skills you need, but someone else has what you are lacking. Looking for the best problem-solving skill of all? That would be how to use the collective brain!