Why is iDroid USA Mobile Phone Better Than Other Smartphones – Itechsoul

Why is iDroid USA Mobile Phone Better Than Other Smartphones

IDroid USA becomes founded in 2014 and in just two years, it has rapidly taken over the united states market, with its futuristic capabilities and performance. In this article, primarily we will be comparing few smartphone brands in Pakistan with iDroid which has recently introduced in Pakistan smartphone mobile market by launching its latest phone “iDroid Balr X7 with its official partners Yayvo.com. Let’s discuss the brands one by one. 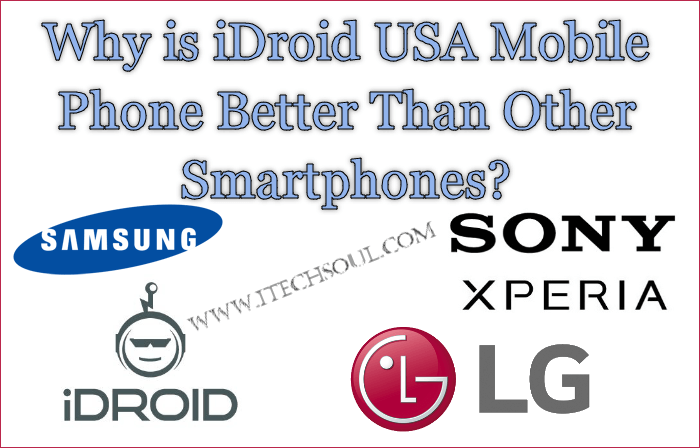 I don’t need to say anything about Samsung. Its smartphones are being used by the massive audience due to its outstanding features. It’s a very famous brand in Pakistan. But, the users have some complains with it. Mostly all Samsung smart phones have more or less similar features and designs which bores them to a point where they are forced to change the brand. Other than that it’s not pocket friendly due to its heavy weight, especially for male users. As per by the users, the prices are higher than the quality offered.

LG has been a familiar brand associated with electronics. It brought up LG phones with some exciting features. The users got very excited to use it as  a new brand to use unlike the famous brands. They love using it but again LG smart phones have some draw backs which prevents some of the users now to buy it.

Take the example of LG G4, no doubt its amazing phone, it has android lollipop, its performance is so fast, but what annoys the customers is that, it suddenly gets powered off and can’t be turned on until you plug in the charger. That means you need to have the charger all the time with you. Another problem that agitates the users is that it has broken or weak wifi networks.

When Sony Xperia entered into the market 2 to 3 years ago, users were somehow curious to try this. It has the same case just like LG; it is also associated in customers’ minds with the electronic devices. Sony Xperia didn’t need to get the customers’ trust as it is a very good brand in electronic devices for many years. Although, it was a good change for the people to use it and they actually enjoy using Sony Xperia smart phone sets. But the problem is with its weight which makes it difficult for people to hold it for so long! Later it was realized that it’s even over priced as compared to the quality offered.

Why iDroid is better than these brands? Well, the iDroid phones are light weighted that means they are pocket friendly, all of its phones that have been launched earlier in its native country, have so beautiful and captivating designs that one can’t resist to buy them and every phone set has an x factor in it that makes people fall in love with them in USA.
The phones are equally balanced with the prices and quality being offered and that has been its USP over the years. Its prices are very reasonable and its features are totally amazing. No complains have yet been received from the iDroid users! I feel excited about the arrival of iDroid Balr X7 by iDroid in Pakistan . Let’s explore it and see what it has to offer us!