Which is Faster Browser Speed Test Between Chrome, Firefox, Edge and Opera – Itechsoul

Which is Faster Browser Speed Test Between Chrome, Firefox, Edge and Opera

Making speed comparisons between programs is always interesting and fun, also because everyone has their preference. As seen, in Windows 10 there is the Edge browser (now in a renewed version with Chrome engine) to be the master, Firefox continues to improve every month with new technologies for JavaScript and to decrease the use of memory, while Chrome , which is also updated every month with a new version, aims at improving speed as well as making special functions available. 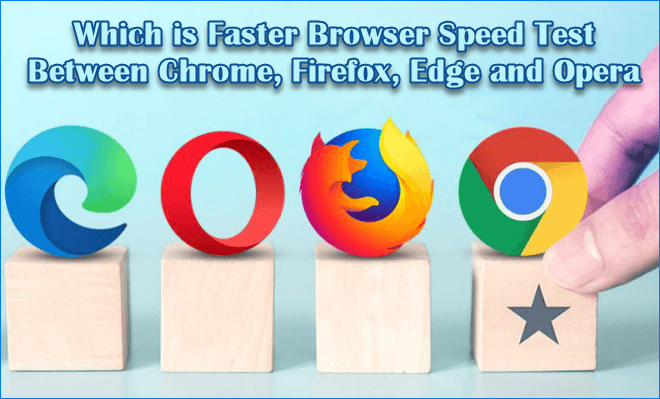 In addition to the three most used browsers, the excellent Opera , the niche outsider, must also be considered’ Let’s find out the speed of the browsers in 2020 in the various usage scenarios used for the tests, so that you can adequately choose your default browser. 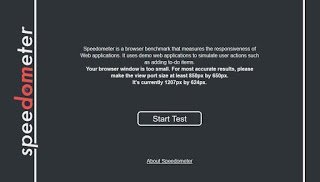 A good site to use for testing is Speedometer. This simple tool allows you to test the capabilities of browsers in the execution of web applications, displaying various types of pages and HTML content, showing after a few minutes an indicator on the performance of the browser in question.

After launching this tool on all the browsers we have decided to test, here are the results (higher value is better):

The fastest in the tests carried out is the new Microsoft Edge, with a very high score, closely followed by Opera and Google Chrome which mark a good reference value regarding performance.

Slightly detached Mozilla Firefox, which slightly exceeds 40 and is the slowest browser among those tried with this test. 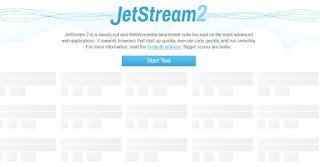 Browser speed test via JetStream. Another test we can perform is JetStream , which measures the performance of various browsers in the execution of JavaScript and other elements of code widely used in the construction of modern sites.

After launching this test on all browsers, here are the results below (higher value is better):

Edge commands big in this test, followed by Firefox which redeems itself big. Discrete results from both Google Chrome (although Edge is based on it), 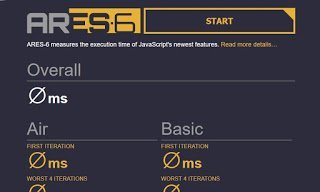 ARES is another convenient browser test where we can test their ability to execute various types of codes (HTML and JavaScript) and Web applications.

The results for the browsers that we have indicated for this guide are present below (lower value is better):

Here Google Chrome dominates the test, closely followed by Edge; far both Opera and Firefox, which do not shine particularly on this test. 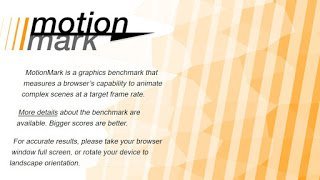 Other that we can do to check the real performance of the browsers in question is MotionMark. This test tests the graphic capabilities of individual browsers for example when we open a video, multimedia content or web application with 3D capabilities.

Browser test results are available below (higher is better):

In this test, Microsoft Edge stands out, followed by Google Chrome, proving itself as the best browser for playing multimedia content. In this test, however, Firefox and Opera are doing quite well, even if they are not as fast as the two rivals. 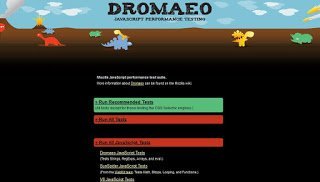 Another test that we will carry out is through the Dromaeo website , which evaluates some important aspects of navigation such as loading CSS elements, JavaScript, 3D processing and running some test pages, so as to obtain a test as truthful as possible.

The results for the browsers in this guide are available below (the higher the better).

With this test, the browser is very fast both Chrome and Edge, with excellent scores also for Opera and Firefox, which are really detached by a few points. 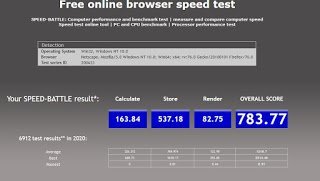 Another very quick and fast test to test the speed of web browsers is offered by SPEED-BATTLE .

The results obtained by the various browsers are available below (the higher the better).

After carefully analyzing the results of these tests, we can get an idea of ??the real performance of the various browsers that can be installed on Windows 10.

Microsoft Edge wins practically all tests or always ranks at the top, making it the best browser to use on Windows 10.

Google Chrome always ranks very high in tests and remains the reference browser for many users.

Opera has become significantly slower than a few years ago, failing to stand out in any test and often finishing last.