Chinese company Vivo has introduced the world’s first dual-pop selfie camera phone V17 Pro. This phone has 6 cameras in total, 4 on the back and 2 on the front that are hidden in the popup slider. It is a 6.44-inch super-emulated display phone which is non-bezel-free while the fingerprint scanner is placed inside the screen. It has a Qualcomm Snapdragon 675 processor, 8 GB RAM, 128 GB storage and 4100 mAh battery. 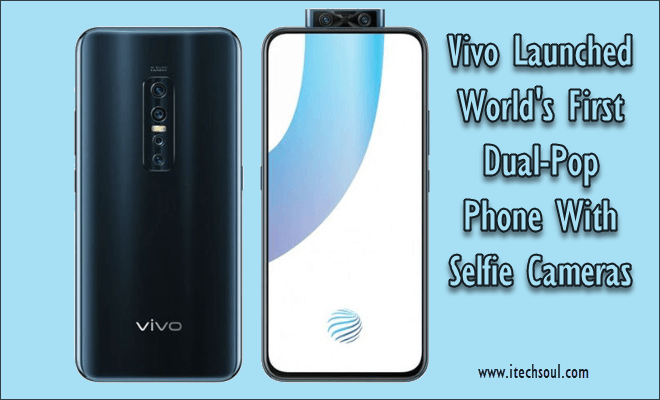 The phone has a game mode with some features like voice changer that allows gamer to change their sound while playing the game. On its back are 4 cameras as listed above, including a 48 megapixel main camera, 13 megapixel telephoto camera capable of 2 x optical zoom, 8 megapixel wide angle camera and 2 megapixel depth camera has been given.

It has an 8-megapixel wide-angle camera with a 32-megapixel main camera on the front, which helps improve group selfies. Since it has a dual camera setup, the popup module is wider than usual, but it disappears when the front cameras are not being used. It is thought that the Vivo V15 Pro was the first smartphone to be given a 32 megapixel selfie camera and then other companies started giving similar selfie camera.

The Vivo V17 Pro is the first to be offered by the company for sale in India. Where it has been priced at Rs 29,999 (over 65,000 Pakistani rupees, USD 414$). It is expected to be offered for sale in Pakistan in the next few weeks or months.