Microsoft Office was first introduced to the world back in 1988 by none other than, Bill Gates himself. Needless to say, Office was the first office suite being provided by a big corporation and that helped it attract attention. But, what really created hype for Office was when it was unveiled at the industry’s biggest trade show of the time, COMDEX, and earned great reviews from the majority of tech experts. 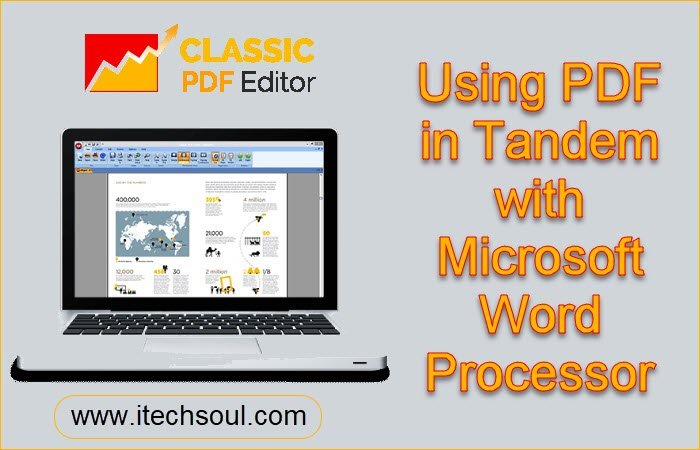 The very first version of Office included three different and yet, equally useful and helpful software; Word, Excel and PowerPoint. All three of them quickly became big hits across the world with Word earning the most amount of praise. Word quickly became the rapidly increasing computer owning population’s go-to word processor.
Word’s shortcoming
By the early 90’s, Word was everyone’s favorite way of digitally recording and storing information. The tech industry was rapidly advancing; computers had started getting USB ports and although ISPs were not here yet, internet was quickly becoming popular among big organizations and institutes. In short, data transfer from one computer to another had become possible.
Data transfer was a concept that really excited everyone and the possibilities were limitless. But, during that time, it was discovered that transferring a Word file from one computer to another completely messed up the formatting of the file. Also, because in most cases, the file receiver had not seen the original file, it was impossible to “fix” the file he had received.
So, even though data transfer had become a possibility, transferring word files was still impossible. The main reason why files lost their formatting after being moved to a different computer is because at the time, all word processors, including Word, relied on the operating software and hardware being used.
In short, for a word file to move to a different computer while retaining its formatting, the two computers would have to have the exact same hardware, software and the OS. Obviously, this wasn’t a practical solution to the problem and so, tech companies started working on finding a real solution.
PDF’s introduction
In 1992, at the very same trade show Microsoft Office was unveiled at, a little known tech company called Adobe, unveiled the Portable Document Format. As the name suggests, Portable Document Format, more commonly known as PDF, works completely independently. The file format does not depend on the operating system or the hardware it is being used on. This enabled PDF to work perfectly on all kinds of computers and made file transfers possible.
Just like Office, PDF also earned great reviews from tech experts at the show and went on to dominate the market. Today, PDF is the most commonly used file format in the world with Word being a close second.
PDF vs. Word
Over the years, Adobe and Microsoft have worked tirelessly to improve their respective formats. Moreover, seeing how successful the two formats have become, many tech companies have launched their own word processors and online PDF editors. 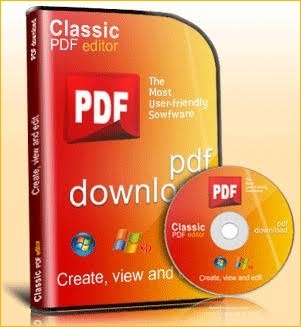 In this process of one upping each other, word and PDF have gained quite a lot of fans around the world. Today, just like Andriod vs. iOS and PlayStation vs. Xbox are big talking points among tech enthusiasts, so is PDF vs. Word.
Both sides put forth plenty of great points which they think makes their favorite file format the best in the world. Tech experts seem to think that both file formats have their pros and cons and what’s the best file format depends on the situation.
We, on the other hand, have a different point of view. It is our thinking that, Word and PDF are not competitors. These two file formats complement each other and should be used together to increase productivity all the way to eleven.

Here are some ways PDF and Word work together to give us the best of both worlds;

Getting rid of paper records
Paper records are a thing of the past. Not only are they expensive, inefficient and require lots of storage space but they are also bad for our environment. So, if you are still using paper to keep records, it’s time to get rid of them. But first, you must scan those records and convert the data into digital files.
All great digital file conversion systems allow the user to digitally manipulate, edit and improve their data. But for that, your scanner must have an OCR system built into it so that the scanner produces searchable and editable text, not just pictures.
Whether to store that scanned text in Word or PDF depends on the usage. If you want security, PDF can provide file encryption and will also keep record of devices that access the file. Moreover, Adobe’s PDF editor software is not as common as Word. Meaning, there are much less chances of someone manipulating a PDF file.
On the other hand, if you want the data to be accessible to everyone and you’d like everyone to be able to edit or update the records without any issue, go for Word.
PDF editing, Word style
One thing that cannot be denied is that Word’s editing tools are probably the most recognizable around the world. Which is why, many major tech companies are creating PDF editing software that look just like Word. This helps get rid of any potential confusion and helps increase productivity.
Creating PDFs in Word
Ever since PDF was released as an open standard by Adobe back in 2008, it became possible for other data storage software to create PDF files. With Word being the most used editing and file creation software around the world due to its vast arsenal of features, it allowed users to create PDF files just the way they wanted to. And since then, the most popular way to generate PDFs has been to create PDF in Word umwandeln.
There you have it. And, these are just some of the most obvious ways that Word and PDF complement each other, there are many more you can find in your day to day usage.