The world’s largest Technology company you know about HP. The company was founded by two friends Hewlett David (Dave) and Packard William (Bill), was graduated from the Stanford university of America. For this purpose he had prepared his old professor. In the beginning was with them was later separated. Based on the company he kept in Packard’s garage. And the first time he had invested in it He had only 538$. 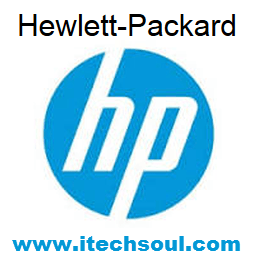 Toss both the name of the company was the company name Hewlett-Packard should be this or Packard-Hewlett that, Packard won the toss, but decided that the name of the company Hewlett-Packard Should be. The first thing they did together was a kind of generator. The model was 200a. They sell for 54$ at the market price, while other companies were selling the same thing at 200$ . This generator coming on the market until 1972, was the last model 200ab. Of which HP is the world’s largest company, with its headquarters is in palo alto California. HP computing, storage, and is a specialist in making network hardware. Hp common household products customers, what is design especially for small businesses. This product online, through retailers that sell is office.

HP headquarters in Houston to its USA network that is controlled country in Europe, the headquarters for supervising their work is geneva Switzerland. For Asia Pacific headquarters is in Singapore. In these products cameras, scanners, printers, computer Included.  Create a computer most of the work was started in 2002. The company now produces not only goods, but also with hardware and software supplying and design all IT products, the company has developed and facilitated. HP’s imaging and printing group, which is the largest in the world. Dealers who are providing all kinds of facilities. With the department to develop their computer in the world is one of the major PC manufacturers.

← Previous Story Solar-Powered Mobile Phones Will Make The Life Easier In Future
Next Story → What Is Google AdSense, How It Is To Apply And How It Can Increase Revenue