Apple’s iPhone is the product, which was launched in the mobile world and the shock caused by the large number of mobile users is their first priority. Usually the price of the new model is put between 700$ to 900 $. Most users believe that the Apple iPhone is more than great for the price, because it does make a lot of cost. But you will be surprised to know that this impression is correct, but it’s Apple’s amazing marketing, despite the slightly higher price, demand for products is also very high. 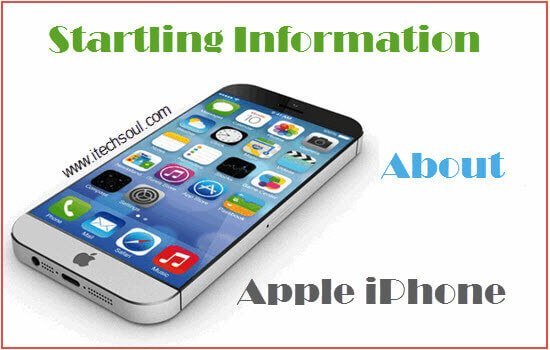 A few months ago Investigation Agency (IHS) analyzed the Apple iPhone 5S and made it attempted to estimate the cost. Interestingly, then the market price of 64GB iPhone 5S was 800$ to 850$. But the company’s research reveals the fact that Apple’s making a phone costs only 218$. The company revealed that the most expensive part of the phone is its display assembly, which is worth about 41$. While the wireless system is ready in about 32 dollars.

When the value of such sensors only 15$ to 19$ is the price of the processors. Furthermore, the 16GB iPhone 5S and 64GB iPhone 5S difference between the cost is less than 20$, but the phone about the price difference is 200$. Similarly, about 5s model is selling for $ 500-550. Apple is making it spent 173$.
Related ItemsInformativeMobile PhonesProducts