The New iPhone X eSIM is Only Used in Ten Countries

The apple company finally added dual SIM facility to its latest iPhone. But this feature is different from the usual available dual SIM smartphone. The dual SIM which is supported by iPhone XS, iPhone XS Max & iPhone XR is called eSim. In this you did not have to buy SIM Cards from mobile operators, but Telecom operator connects a phone number with your smartphone or IMEI number of Smart Watch. But the problem is that the number of telecom operators who support eSIM is very low. 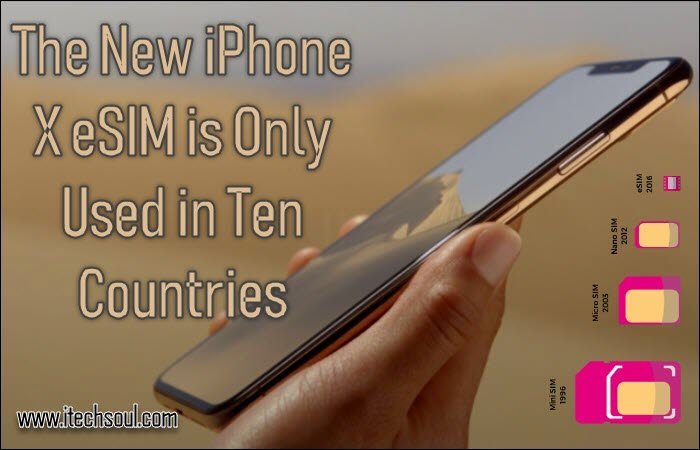 On the other hand, iPhone with two SIM card slots will be sold only in China. Therefore, it is not possible for you to use the dual SIM feature of iPhone in Pakistan because no telecom operator here is currently facilitating eSIM.

At present there are only ten countries in the world where the eSIM facility is available.

T-Mobile, AT & T and Verizon Wireless users in the US will be able to use the eSIM.

In Austria, only T-Mobile users will be able to use the eSIM facility in the new iPhone.

Two telecom operators in Germany will use two numbers in the new iPhone using Telekom and Vodafone.

Only users of Bell can be benefited from eSIM in Canada.

Hrvatski Telekom users in Croatia will have this facility.

T-Mobile is also the only operator in Czech Republic like Austria, which is providing eSIM.

EE subscribers in the UK will have the eSIM facility. The rest of the users will have to wait to facilitate their telecom operators.

Magyar Telekom subscribers in Hungary will receive the eSIM facility.

There are two telecom operators in India who support eSIM. It’s AirTel and Reliance Jio.

Spain also has the same company which is providing eSIM and it is Vodafone.