The world most popular and biggest torrent website “KickassTorrents” has been shut down by US government agency charged with spreading illegal material. Not only that the website has been closed, also arrested its owner. Then, using the site’s name lot of fake copies have come to light. But no work like the real website. Now a major Torrents website “Torrentz.eu” has also announced the closure of its activities, and announced “farewell” to its users. 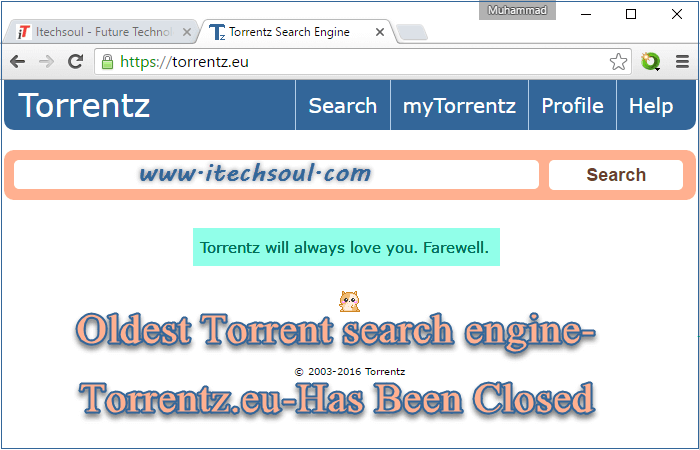 This website actually called a Torrent search engine. Through this, the other Torrent websites can the search for torrents. Torrentz.eu administration did not give a reason to close the site, But suppose that, he also had US authorities warning. The administrator has disabled the website to avoid any major operation.

This website was founded thirteen years ago and has been a stable factor in the torrent community since then. Torrentz.eu was founded before The Pirate Bay, so it was one of the oldest torrent websites in the world. When it was launched first time, it was hosting torrent files. After that it changed into a search engine. Now millions of visitors per day and was one of the most visited torrent sites. Now this website open normal, but the search function doesn’t work.