NVIDIA announces testing of new Geforce Now service on Windows operating system after earlier this year. Have a look at it first on MacOS. Geforce Now is a cloud-gaming service where graphics processing is done in the cloud. Then send the data back to the computer. No need for a video card. However, even if this system does not rely on the graphics card to process the graphics, but what is needed. 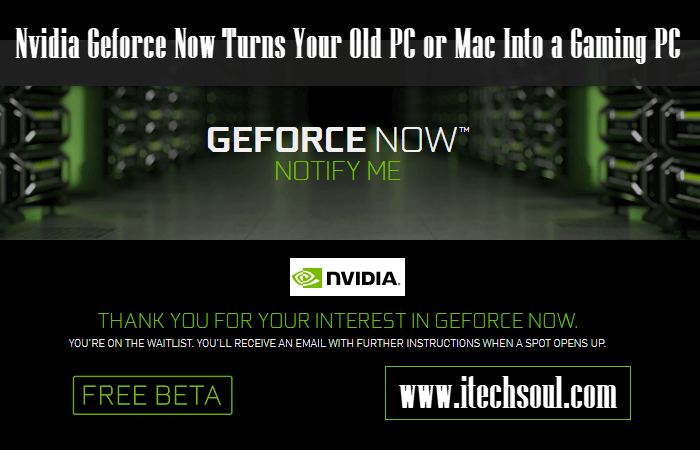 High speed internet by Nvdia indicates that the minimum internet speed required is 25 Mbps, but if it is best, it should be at 50 Mbps. If you want to play over Wi-Fi, you should use a router that supports 5 GHz.

Geforce Now supports MacOS 10.10 or higher. If Windows is compatible with Windows 7 or windows 10, but if the operating system Windows will require a minimum specification Intel Core i3, 4GB RAM and a graphics card that supports DirectX 9 (NVIDIA GeForce 600 or later, AMD Radeon HD 3000 and Intel HD Graphics 2000 or later). If you’re playing on a Mac, you can play it on your iMac 2009, MacBook 2008, or even MacBook Air 2008.