Not Only 3G Spectrum, 4G Spectrum Is Also Coming Soon In Pakistan • Itechsoul

Not Only 3G Spectrum, 4G Spectrum Is Also Coming Soon In Pakistan

The Pakistan government simultaneously with the 3G Spectrum Spectrum, 4G Spectrum has decided to launch. 3G and 4G Spectrum Auction on March 2014 to present the license has been decided. According to private TV mobile phone high-speed wireless network 3G spectrum provided by the latest broadband Internet service. The technology is being used at this time in Pakistan, its name is 2G Spectrum, whereby mobile phone users downloading speeds available are extremely slow. 3G Spectrum speed is 60 megabytes per second, while 4G Spectrum speed is 100 megabytes per second. In December last year was a report that mobile phone users in Pakistan have reached number 12 crore 97 lakh. 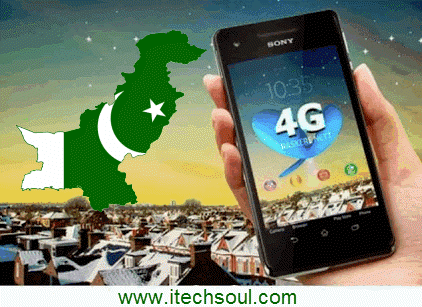 According to Pakistan Telecommunication Authority (PTA) the country’s overall population is 72 percent use mobile phones. Given the large number of mobile phone users, a government simultaneously with the 3G Spectrum Spectrum, 4G Spectrum has decided to launch. As a result, the developed countries of the world in Pakistan Telecom provides the facilities will be available. Experts say that in March, the latest auction of Technology was completed in a transparent manner so that Pakistan’s social and economic sectors will be revolutionized.
Related ItemsInformativeInternetOnline

← Previous Story A Free Online and Offline Grammar, Spell Checker Language Tool
Next Story → How Can Delete Or Remove An Individual Attachment From Facebook