Korean Programmer Noh JungHoon has been creating a Simple and Beautiful Image Viewer for Windows. He worked in Samsung Electronics as a Software Engineer. NexusImage is portable program and doesn’t use Windows Registry, so no need to install, just double click NexusImage.exe and you can see exif Information of photos. You can set Nexus Image as the default application for particular types of image files from a list of extensions available. 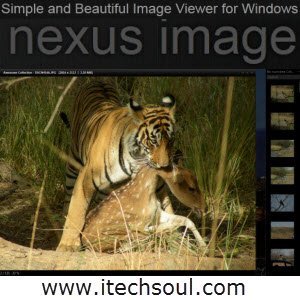