Leave All the Messaging Apps and Use Free Chat With “Signal”

There are currently many messaging apps in the market. Our conversation spreads from the Snapshot chat to Messenger, Skype, Instagram, Twitter and Google Hangouts. We can stay limited to SMS, but in it the options are very limited. Instead of walking around dozens of chat apps and getting worried about notifications, it’s time to adopt a messaging app and bring all the friends to it. That’s why we will raise our phone all the time and we will respond without waiting.

Its strong encryption, free facility and ability to work on every mobile platform,  simple and fast performance makes it the best app. The “signal” looks like basic messaging apps and does the same thing as well, but it’s easy to get started. If your friends and family live abroad, it is very easy like Whatsapp. The “Signal” protects you from the cost of international SMS. It also supports voice and video calls, namely Skype and FeeTime. You can also send photos, videos and documents to it. It’s IOS, Android and Desktop available for all. 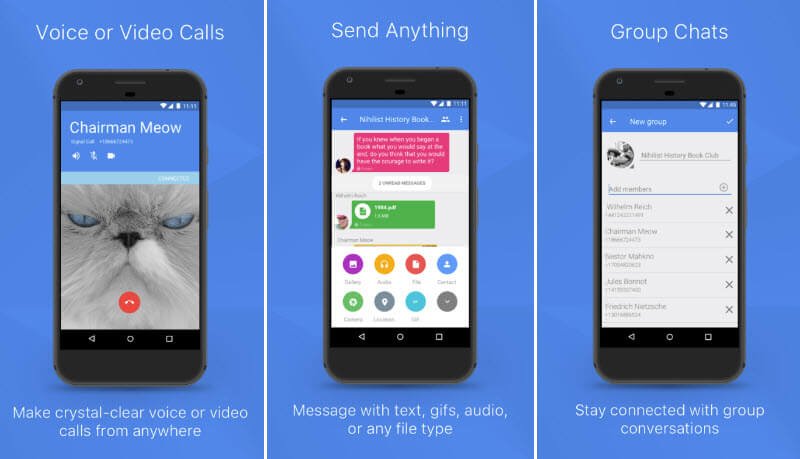 Other apps with all the facilities are also available, but the “Signal” on the front is very important. The chat content in the “Signal” is private and it is not likely to read it from anyone. As long as the app talks between two people, each phrase is encrypted. Then its use is also under open source license. Due to which experts can test it that it is really safe as it is being claimed. 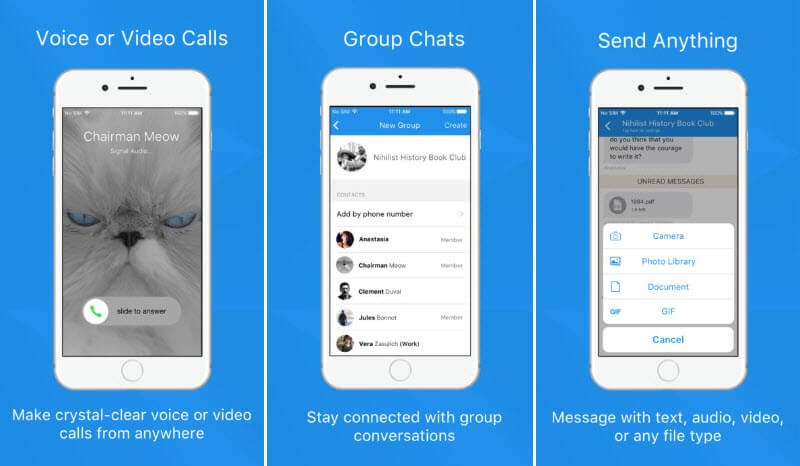 If you are very sensitive to this matter the “Signal” allows you to automatically delete messages from any conversation after specific time. It is not limited to text only, but all of your calls are encrypted so that no one can listen to them. If you do not have anything to hide, it’s good to have a privacy on your private life. 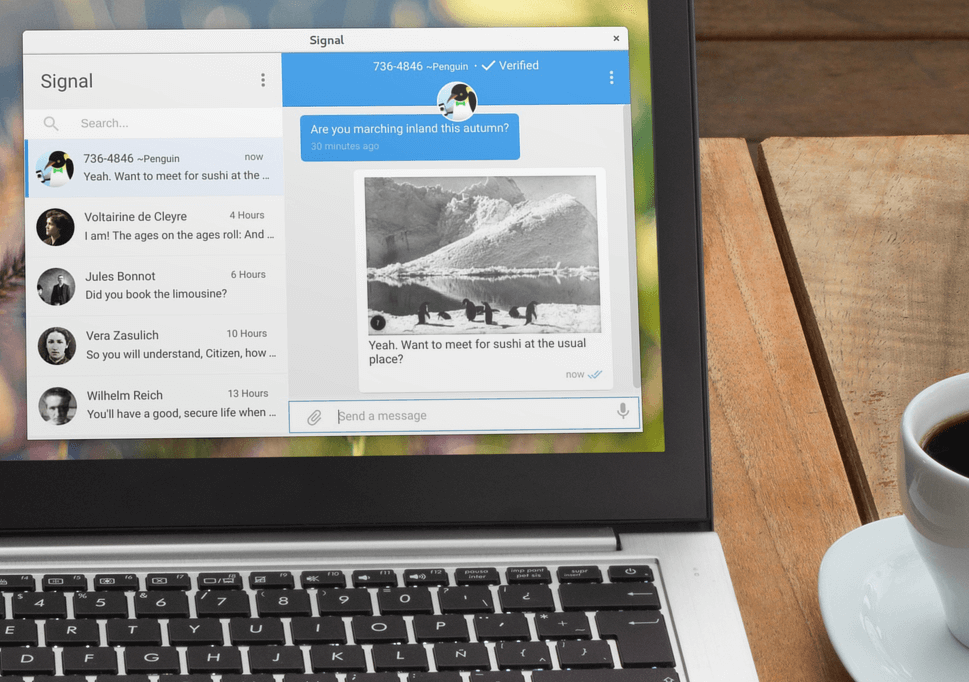 You might find these features like Whatsapp. The fact is that there are more than one billion users of the Facebook messaging app that mostly provides such facilities, but it includes encryption. There are some problems with the Whatsapp that are not in the signal. First of all, it is a Facebook property whose primary interest is to collect information so that you can sell ads. It is likely that you and many of your friends are on the Whatsapp, it’s very difficult to bring them in the signal, but there are some features that make it the best messaging app. And that’s the app “Signal”.