Jannati Taweez - Heavenly Amulet for All Kinds of Diseases • Itechsoul

Jannati Taweez – Heavenly Amulet for All Kinds of Diseases

Today through this article I want to share, Heavenly Amulet (Janati Taweez) placed bellow at the end of this article. This Amulet (Taweez) has been taken from miracle. As Hazrat Abdullah Bin Abbas Razi ALLAH says, When Hazrat Amna (Razi Allah o Taàla) conceived the Holy Prophet (May peace be upon him), she saw some angels in her dream. The Angles told to the Mother of all Muslims Hazrat Amna (Razi Allah o Tala) that she had pregnant and have the most prominent personality of the whole universe. 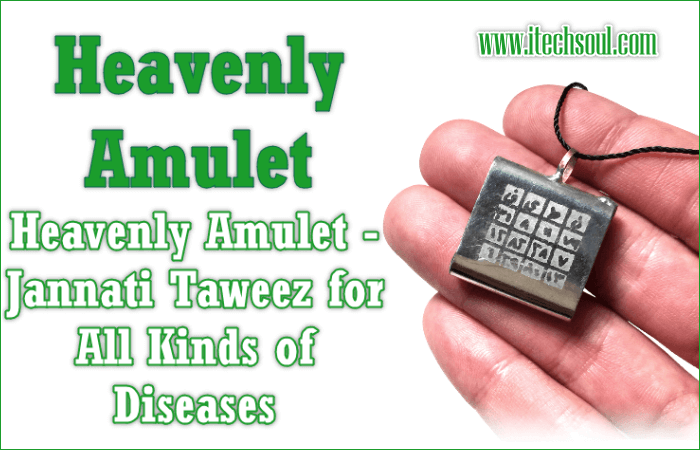 When she gives birth to this great personality then name him as Muhammad (May peace be upon him). She accepted the same. Then Angles submitted an amulet written on a gold tray to be worn by the Holy Prophet (May peace be upon him) after his birth. This amulet has also been mentioned by Imam Behiqi and Imam Abu Naeem Ishani in their ‘Dalail-al- Nabuwah’ & Ibn-e-Asakir in his book ‘History of Damascus’ and AllamSayooti in his book ‘Al-Khasais-al-Kubra’.
This (Amulet) for all the readers, especially for those who are suffering from different kind of diseases. Here’s one more thing which we want to share with all of you is that some months ago, it was given to a person desirous for a son. He was then further instructed that after his wife conceives, placed this amulet around the waist on the navel of his wife prior formation of organs of the child.

After a couple of months, one day he came with the happy news and told us that they being blessed with a beautiful son. This amulet was amongst the routine practices of Hazrat Mufti Jameel Ahmed Sahib (Rehmat-Ullah-Aleh). He would let it to be used for all purposes and suggested regarding the same to all of his lovers for usage according to their needs. The noble Amulet is shown in the image as bellow: 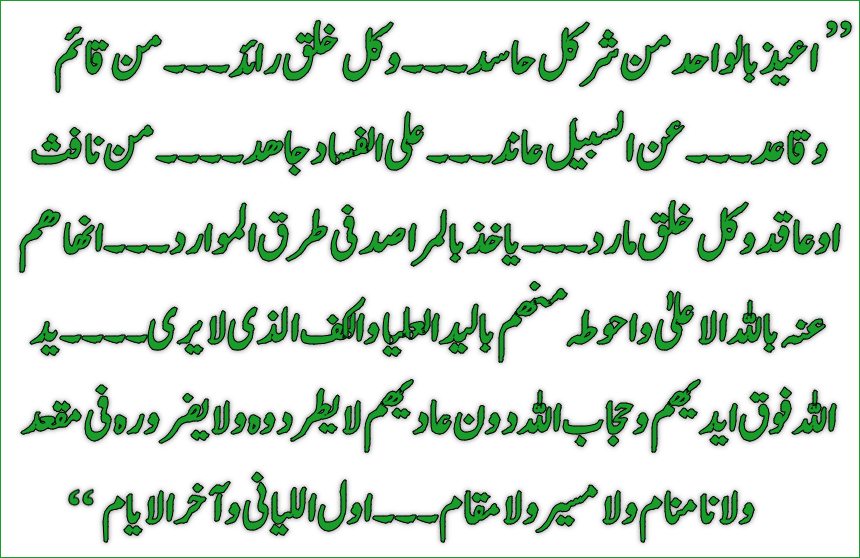