You have been seen “AM” or “PM” with the time since childhood, but never you have thought that what is its meaning? Why we write PM after 12 o’clock in day time and in the night after 12 o’clock we write AM. Although you would have made many answers in your mind about this, but usually these are the abbreviation of four Latin language. First, we check the AM, this is the abbreviation of the Latin words ” Ante Meridiem” Its meaning is before noon. 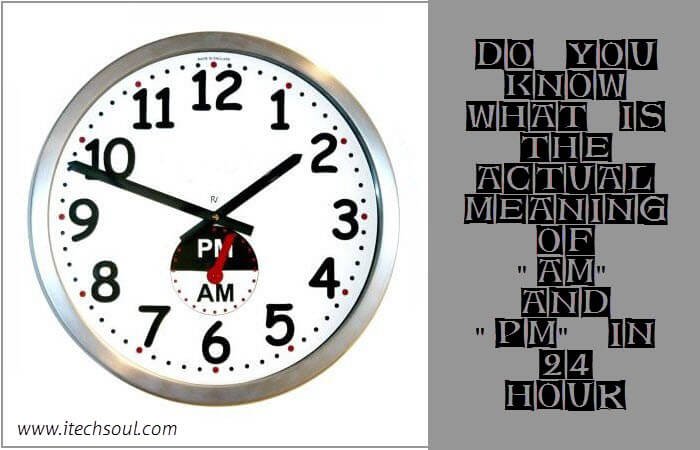 The same way PM is the abbreviation of ” Post Meridiem” and Its meaning is After noon, when we write 1 PM Its mean that first hour of the afternoon. Simply the first period of the day is called “ante meridiem”, which means before noon in Latin and the second period is called “post meridiem”, meaning after noon in Latin.

The interesting thing is that we see, despite being written to us “AM”, “PM” those of us over 99% people do not know its meaning, But now you are not included in those people.