In order to avoid unexpected data loss due to system crashes, hard disk failure, virus and other problems, we need to use backup software to make systematic backup so that we can restore important data from data loss. AOMEI Backupper is one of the most professional data backup and disaster recovery solutions for Microsoft Windows users. Recently, AOMEI Backupper has upgraded to 4.0 version and let’s see the main features in it. 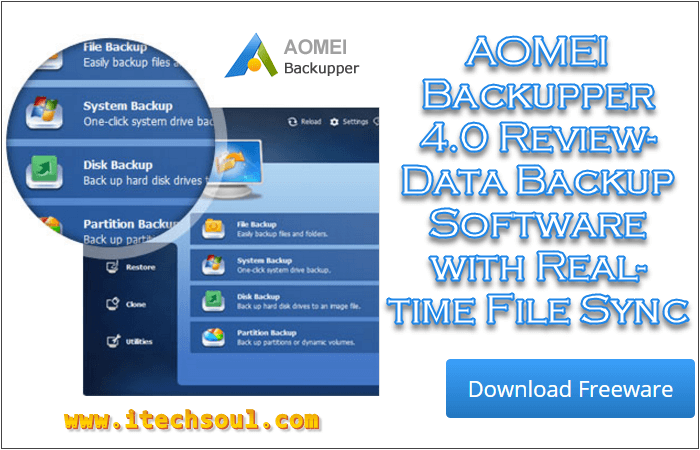 AOMEI Backupper is a trustworthy and handy backup software for home and business users to back up important data and files. It provides four ways to backup your data based on system backup, disk backup, partition backup and file backup. It’s easy to create system image and create disk image with AOMEI Backupper. The program will select the partitions required for a system image automatically if you click the system backup. It takes less time for windows users to create a system backup without interrupting Windows work. Users can combine the full backup, incremental backup and differential backup with their own demands quickly. Besides, the event-triggered scheduling backups automatically perform backup tasks in real-time based on user logon, user logoff, system startup and system shutdown. Users can restore everything back to its original state or retrieve lost/deleted data via the backup images they created. It is worth mentioning that the recovery speed of AOMEI Backupper is the shortest as far as I see.

Clone is a superior feature designed to do operating system migration and hard disk transfer without data compression. It makes a complete copy of a disk or partition from one to another directly. Currently, it has disk clone, system clone and partition clone. By the way, with the new version released, users can’t use the system clone function in the free version. 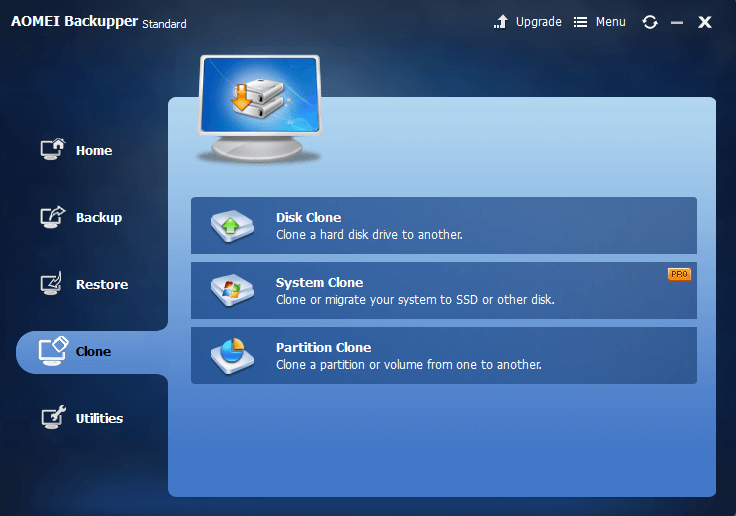 AOMEI Backupper supplies several advanced tools to enhance your backup and recovery experience. Explore and check Image could check the integrity of backup images and make sure they can be restored successfully. It supports user to create a bootable media via Windows PE in case of the system cannot boot.