A Top 3 Guide: What is Windows PE and How Does It Work? • Itechsoul

A Top 3 Guide: What is Windows PE and How Does It Work?

What is Windows PE? PE (preinstallation environment, or), is nothing but a barebones version of an operating system that is used for OS installation, recovery and troubleshooting. The Windows version, also called Windows PE or WinPE, was originally created to replace MS DOS boot disks that were used for the same purpose. As the name suggests, it creates an environment that allows the user to install an operating system and perform system-level operations such as initiating a setup or copying disk images. 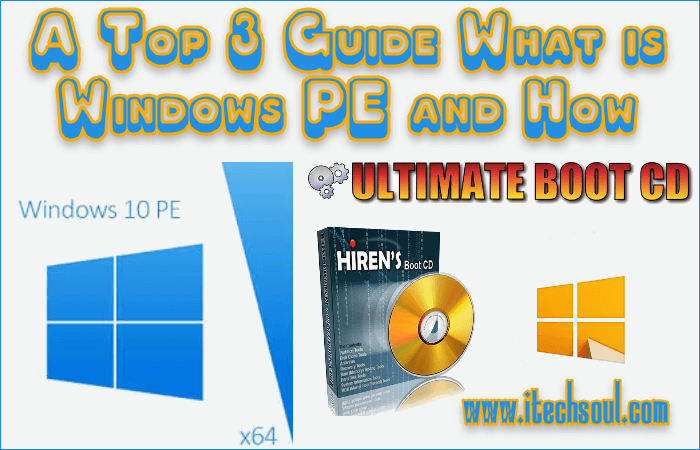 One of the key features of any PE, including WinPE, is that it can be initiated from a USB flash drive, DVD or other deployment media. In contrast to MS DOS, WinPE natively supports file sharing via TCP/IP, device drivers for 32-bit and 64-bit Windows, the creation of NTFS file systems, security tools, image capturing and more.

How Does WinPE Work?

PE is widely used for high level tasks such as system repair, hardware related issue or a simple password reset. For Windows PE to work, the system needs to have storage drivers and a network adapter. You also need to change the boot priority in bootloader prior to initiating WinPE. In order to do this, hit the F2 key when booting up. This takes you to the BIOS menu, where you can change the boot priority. If this step is not executed, your system will boot up from the existing installation of Windows, which you don’t want.

Once the bootloader settings have been changed and you boot up from your preinstallation disk, the boot sector loads and Bootmgr takes over the boot sequence, and the boot-time configuration data is provided by the BCD store. From here, Winload.exe takes over and loads the hardware abstraction layer, after which the boot drivers and registry hive are loaded. This is the point where Windows PE is loaded. Once the environment is set up by the kernel file (Ntoskrnl.exe), the session manager takes over and lets you configure the environment, after which all important services are initiated. At this point, the process depends on whether you’re doing a Windows installation or simply initiating Windows PE for another purpose, such as password reset, data recovery and so on.

Best Boot Disk Software Based on WinPE for Windows 10

One of the most well-known boot disks based on Windows PE for Windows 10 is Hiren’s BootCD. The PE version, incidentally, was developed by Hiren’s BootCD fans, and supports booting in UEFI mode. It’s heavier than the traditional preinstallation environment and requires at least 2GB of RAM. However, it does contain all the best free tools found in Hiren’s BootCD. The BootCD PE Windows 10 has utilities for antivirus, backup, browsers, BIOS, device drivers, cleaners, editors, file system, network, password/key and much more. All the software included is freeware, so don’t expected to find any pirated software here. The PE version of BootCD gives you connectivity to Ethernet or Wi-Fi by installing all the required network, sound and graphics drivers for 64-bit Windows 10. The ISO file can be downloaded from here.

Another great Windows PE distribution for 64-bit Windows 10 is Gandalf’s Windows 10PE x64 Redstone 3. This pre-built Windows PE utility has a long list of tools that rivals that of Hiren’s BootCD PE, and includes utilities for archive management, disk imaging and backup, remote control, password recovery, disk authoring and a lot more. The full 5GB version of this tool also includes a fully functional Windows 10 version. One of the great features is that you can add the utility to your boot menu so you won’t even need the USB to run this toolkit. The latest version of this utility released in 2018 also contains WinRAR 5.6, Rufus 3.1, 7zip 18.05, Task Manager Deluxe 2.28.1.0 and more. 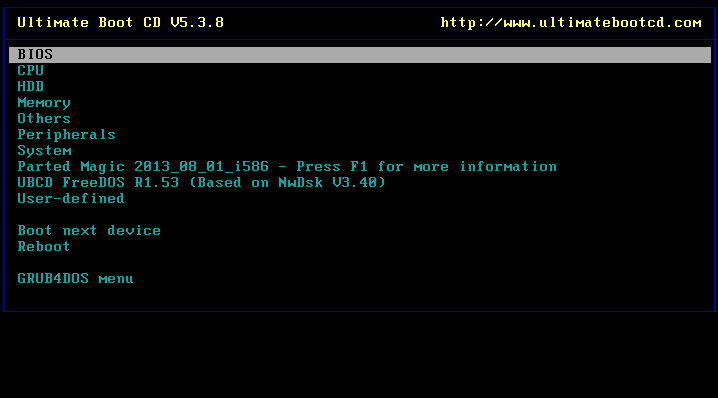 Ultimate BootCD is the third boot disk we will focus on here. It can be booted from a disk or USB drive, but a new beta version of UBCD Live offers an alternative to using Parted Magic as part of UBCD. You can write the Live CD version to a USB flash drive using Universal USB Installer or a similar utility. The text-based menu of UBCD allows you to choose from a plethora of diagnostics and other tools, including BIOS, CPU, boot management, data recovery, disk cloning, editing and wiping, installation, partition management and so on.

All of these boot disks that are based on Windows PE are very comprehensive. So choosing the best one for you will probably depend on your preference of freeware tools they offer. Another deciding factor will be your purpose of needing a boot disk. There are some great tools out there for Windows password recovery, data recovery and so on. So, if you feel that the free tools in these boot utilities are too generic, you might think of searching for task-specific tools. But if you want a whole gamut of software for system repair, OS installation and other needs, one of these three utilities showcased here will be ideal for you.