Android has a wide range of jumping games to provide everyone with entertainment. Regardless of the age and gender, the games are addictive in nature and are difficult to put down once the players get hold of them. We have listed some of the most addictive Android jumping games of this year in this blog post to get you started. Let’s have a look below: 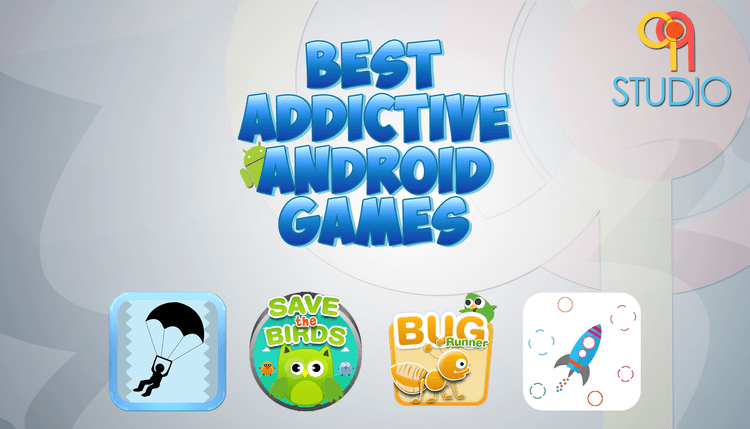 Crossy Roads:
Cross Roads is a spin-off of another famous game Frogger and can also be categorized as an obstacle game. Game character is a pixilated chicken that has to jump up and navigate to cross roads, obstacles and other things. This game doesn’t use flashy graphics but still makes for one of the most fun and addictive games available on the android platform. Last but not the least, it uses Google Games cloud backup to save player’s progress while working on Android TV. All this makes it an exciting addition to the category of jumping games.

Orbit Jump:
Orbit Jump by 99 studios is one of the simplest jumping games in which a player is always changing places by timely jumping through the rotating circles to move in an upward direction. The revolving circles get smaller and bigger in size giving a specific period of time for the player to move from one position to another. The game gets over when a player collides with the boundary of the circle. The number of circles jumped through is shown as the total score when the game is over.

PAC-MAN 256:
PAC-MAN 256 is a modern day version of Pacman in which the player needs to continuously move forward, changing places while overcoming the regular challenges such as avoiding ghosts etc. Unlike regular Pacman, players are equipped with powers to use and navigate around the enemy. The game also features hidden Easter eggs and comes with a controller support to allow play on Android TV. The exciting features of PAC-MAN 256 ranks it at number 2 in our list of jumping games.

Plants vs. Zombies 2:
Plants vs. Zombies 2 is a sequel to the popular Plants vs. Zombies game. The game is about fighting off zombies by building a powerful defense system through plants and flowers. The game uses cartoony graphics and is quite easy to play for everyone. However, the challenges and levels do get hard as the game moves on and requires careful planning to beat the herd of zombies at the later stages. The game receives frequent updates from the development team and can be categorized as one of the best obstacle games around.

Piano Tiles 2:
Piano Tiles 2 is a sequel to the most successful tap-based game of 2015 “Don’t Tap the White Tiles.” The title of the game is extremely catchy and is all about tapping the black piano tiles by the player. This tap-based game continues until the song is over or a wrong key is pressed by the player. Based on your tapping precision, you can play it either for 30 seconds or 30 minutes.

Subway Surfers:
Subway Surfers is another unique addition to the genre of jumping games based on the conventional concept of infinite runner. The game is about running through subway but avoiding getting in trouble with the subway inspector. Playing as a little boy, you will have to run back and forth between different tracks. You can also jump up to the top of trains to avoid getting caught by the subway inspector. The story line is simple but the fast pace and interesting features such as jetpack; hover board etc. make it difficult for the players to put down.

Conclusion:
The above mentioned games can also be categorized into multiple categories such as adventure, tap-based etc, but overall they qualify as the top rated jumping games, since a player is always jumping around either in search of something or avoiding an enemy. You can download these jumping games for free from Google Play Store and let us know about your playing experience.