This month Huawei launched the new Smartphone was introduced 8 Honor Honor series between the price in many countries including Pakistan. Honor 8 most important thing is that the attractive design and dual camera before it was available only in expensive phones. Although Huawei has its price set at forty thousand less so in other countries. However, it is being sold at PRs forty-nine thousand in Pakistan. Which means we cannot call the middle value. 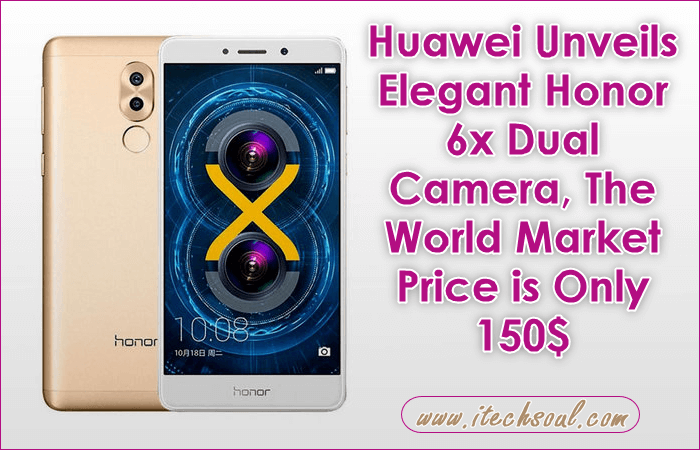 But the good news is that Huawei is going to introduce it in other Honor dual camera phone design. Recently, the company introduced a new phone called Honor 6 X, which is also adorned with dual camera with good features.

The main features of the phone:

The first Honor 6x will be on sale in China on 25 October. 3 gigabytes model price has been set at roughly 148$ , while the 4 gigabytes of RAM model costs 237$ . Within a day of Introducing iPhone, nearly 10 million people have had pre-ordered the registration, and the idea being, that honor Phone 8 it will set new sales records. Huawei will soon be offered for sale in Pakistan Honor 6x. However, the price will be more like the other phones, we estimate 3 gigabyte model costs PRs twenty-two thousand and 4 gigabytes byte phone price will be set at thirty thousand.

← Previous Story Android vs iPhone: Android Features That are Not in iPhone
Next Story → 50% Special off – AmoLink Happy Halloween Promotion 2016