Now the first public version of the Microsoft PowerToys tool is available for free download. It brings with some very useful Windows 10 interface improvements. For those who are younger, Powertoys has been on Windows 95, Windows 98 and Windows XP, a series of official Microsoft tools that brought more options and functions on the operating system, such as virtual desktops, the choice of default folders, a graphic calculator and then TweakUI, the tool to customize the appearance of Windows. The Powertoys project was then abandoned for years until it returned to an open source version that will see numerous updates in the future to add functionality to Windows 10.

What does Powertoys do for Windows 10

In the first version of Microsoft Powertoys for Windows 10 there are only two tools : Fancy Zones and the shortcut guide . 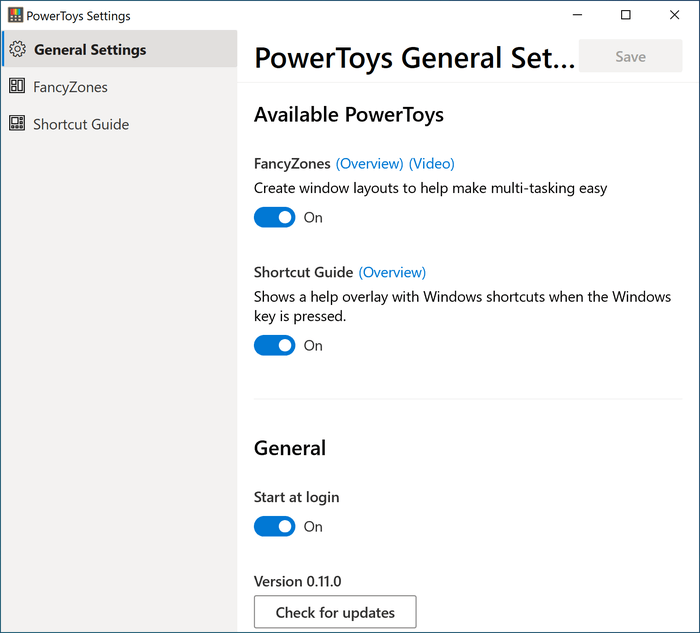 The function called FancyZones allows you to choose a layout in which to arrange the windows on the screen . While in Windows 10 it is possible to drag a window to the right, to the left, up or down to be able to automatically resize and position it so that it occupies the middle of the screen, it is not possible, instead, to arrange in a simple and automatic way three or more windows to keep them all under the eyes. With Fancyzones it is therefore possible to make this automatic arrangement, choosing whether the windows should be placed side by side on the screen vertically or horizontally or stacked or in other personalized ways.

The Guide to shortcuts is a very useful function to learn the most important key combinations of Windows 10 with the Windows key . If you activate the Powertoys Shortcut Guide tool, then when you press the Windows key for about a second, a help screen appears telling you what happens if you press another key. You can then find out that you can quickly open a folder by pressing Window-E together or go to the desktop with the Windows-D keys and much more.

To download the first official version of Microsoft Powertoys you must open the dedicated page on www.Github.com and download the latest Release. The file to download is the one called PowerToysSetup.msi which is the installation file.

Once installed, Powertoys is automatically activated and can be configured by pressing its icon in the notification area, in the application bar. If you do not want it to start automatically every time you turn on your computer, you must disable the Start at login option in the general settings.